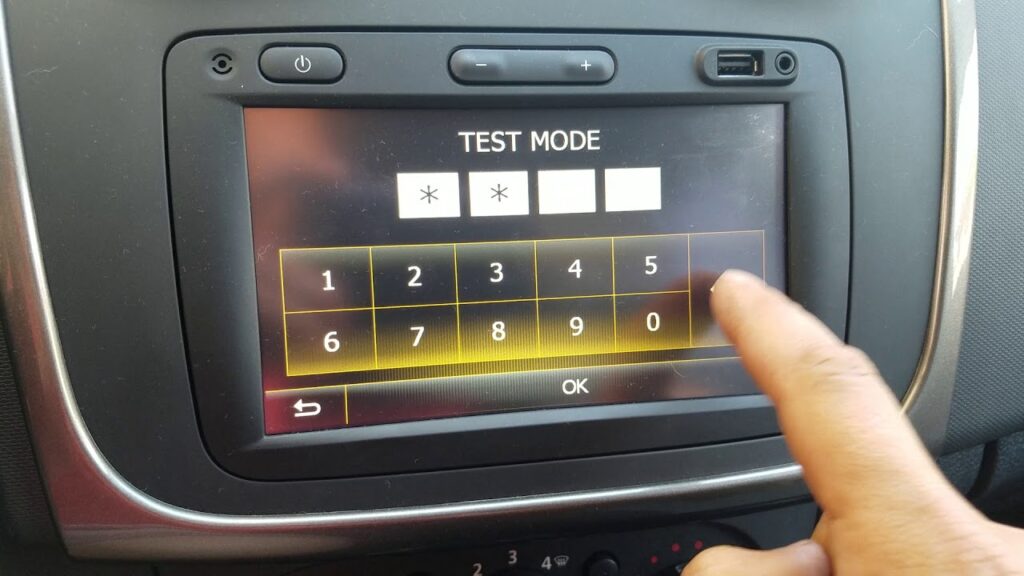 We solve all the problems listed below:

My media NAV is locked and only the Renault logo appears. How do I unlock it?

My media nav is locked and only the logo is displayed Can you help me?

While updating the software, I mistakenly removed the usb where the file was and the screen got locked on the Renault logo.

The same thing happens to me, it stays in the logo.

The problem I have in my media nav is that when I just connect the ignition it alternates the Renault logo and a windows screen and does not come out of there. At the beginning this lasted for a moment and only went into radio but now it doesn’t do it anymore. It is an inconvenience since I travel a lot at night and it bothers me a lot because of the brightness that radiates. If there is any possibility of repair.

My touch locks up when I try to enter the authentication code, can you help me?

I have a Renault Clio and my touch screen does not work only the clock appears, but does not turn on. what can I do.

I have a 2014 Duster media nav, the Renault logo appears and the LG logo, then the screen to enter code but the touchscreen does not respond, what should I do.

The Duster screen is blocked because it does not let me write anything, it stays on the screen where you must enter the code but I can not enter it because the touch does not respond.

I have a Sandero 2019 and the touch of the radio screen does not work, the radio normal function with the steering wheel controls.

I own a 2008 Renault space iv, and the navigator is giving me an error, it says dvd error, could you help me.

I have a stepway 2014 and the media nav stays on the Renault logo and restarts from there it doesn’t go any further. could you help me please.

It locks the screen in audio and from there it doesn’t go out.

My nav does not appear on the screen how can I reset it.

My nav does not appear on the home screen, how can I reset it or get it to appear again.

My media nav turns on and stays in the logo.

I have a broken medianav screen on a 2014 Renault Captur, would it be possible to replace it, price, would it be necessary to send you the equipment or could you send me the screen and instructions.

I have a 2015 logan and the medianav from one moment to another is locked in the logo, and does not allow to turn it off or turn it on, who helps me.

Media nav duster 2019 locked asks for password and I do not know it.

The screen works properly, but when I turn up the volume, instead of leaving the volume bar of the original color. I see totally purple (only the volume bar) without numbers or anything.

My radio crashes whenever there are 2 lines left to finish updating. Whenever I restart the car it starts from 0 and stays there again.

My problem is that when I try to start the navigator or the map I get the warning message and it won’t let me get it right at any time.

I have a problem with media nav, as it asks me for authentication key and I don’t know it.

I have changed the battery, the radio system asks me for a key and I have been looking for it everywhere and I do not know where it can be, I have looked at the manual but I can not find it.

I am having problems with my Media Nav, it doesn’t start it stays in the logo and turns off, then it goes back to the logo, what is the reason, what should I do?

My car is a Stepway 2015, when doing the Media nav update from Version 4.0.6 to Version 4.1.0, after restarting it stays frozen in the Renault logo. I did not turn off the switch or the radio. I wanted to do the update on Saturday August 29, 2020.

Incidentally, the touch screen broke. I need to replace it. It also asks me for the authentication code. I have it, but being broken I can not enter it.

I have a problem, I have a Sandero stepway model 2017 and yesterday I realized that the gps logo is not on the screen, how to fix it.

I have blocked the accept button on the gps and maps. Also it does not let me change the time. can it be solved?

I did the video activation process and when I restarted the media nav, it first activated an alarm like the seat belt alarm and after it turned off it did not turn on again. I disconnected the battery and tried again to turn it on but it does not respond. what can I do?

I have a Renault Duxter, with a Medianav 2.0 operating system last days the battery was discharged and caused the radio to be disconfigured, I gave the code and unlocked but the time is not allowed to reconfigure and when I went to use the browser, the warning message comes out and the accept button is not enabled, What should I do to return to work properly.

My Renault Kadyar radio plays but the screen is black and not responding.

I have a media nav 2.0.9.9. it has a good power connection but the radio does not turn on at all….. It was fine at night and the next day it won’t turn on? I think my son tried to program something and he did it wrong…. What can I do?

Hi the media nav Evolution on the 2019 Duster stuck with the audio screen and won’t come up to the main menu.

I got the media nav screen locked and can’t get it to work.

My radio stays in a loop on the Renault logo, I would appreciate if you could help me.

The clock on my Renault media nav screen is always at 0, but when I go to the settings it shows what time it is.

My media nav does not work the touch to turn on the radio stays on and I can not enter the start and turns off every so often. Do you have a solution.

The browser of my Dacia Sandero Stiway, began to make streaks and stopped working and completely, only the logo appears.
Could you tell me what could be the fault and where I could take it to repair.

Please, what is the authentication code of the Renault Sandero stepway 2020 of the media nav of the radio?

The radio is locked in the Renault logo and can not turn on or off, it is a 2020 model logan.

After stepping on a pothole the multimedia screen and sensors, radars and all the equipment that has to do with them does not work. The screen is black and does not turn on.

Performing software update, I mistakenly removed the usb where the file was and the screen was locked in the Renault logo. I would appreciate some help to unlock it.

I have locked the screen, and only has the Renault logo with its letters. I have stopped the car, without leaving the navigator.

I have a Kwid 2020 with Media Nav. One day when I started the car, it only showed the Renault logo, but did not advance to the options. Like it’s locked, is there any way to reset it.

Trying to update my software, the Pen Drive was blocked and after more than an hour I tried to remove it and the screen remained as if it was updating.

After turning off the engine the next day the screen was still the same.
I had to go to the workshop and disconnect the battery.
Now it is not updated, and I don’t even have the maps.
On the pen drive the files have disappeared and there is only one file left to read.
How can I get the software to be able to install it?

I plugged in the radio of the Renault Kwid 2020, version 2.0.9.9, to see the cables it has as I plan to buy another radio and I had been asked to send a photo of the connections; but when I plug it in again the radio asks me for an authentication key.

When updating my media NAV Evo has been blocked and only the Renault logo appears.
Renault Captur Radio-Car (LAN5200WR4)
When I wanted to restore the medianav Evo 9.1.3 as the navigator did not work, the contents of the SC and SC4 folders were deleted to restore again. It was no longer possible to access from windows embedded CE 6.0. The screen remains with the Renault logo.
I would like to know if there is a possible solution.

I have a Renault Sandero, I wanted to update to be able to see videos and cartography but it has read the device and got stuck, it turns on the logo turns on, changes to white and turns off and so it is repeated.

Since two days ago the screen does not work. When you start the car where the sound of the light comes on but the screen is black. Do you know if it can be because I have to update it? Or is it a problem more Gore.

My device stays on the screen when it starts “RENAULT” and from there it does not start, what can I do to fix it.

My device got stuck at startup and never worked again. I appreciate if you can help me to solve this problem because at the dealership they could not help me with this issue.

I get this error when I turn on the medianav after about 20 seconds.

The touch screen of the media Nav does not work, it only works with the steering wheel control. What can I do.

The media nav Evolution does not turn on, it only goes to the Renault symbol.

Lately it keeps restarting and asking me for the authentication code. At least 2 on3 times a day for no reason.

I have a steepway media nav it doesn’t answer my touch to enter unlock key.

The screen of my Dacia Duster stays the Dacia LG logo and does not advance after failed USB update.

When I turn on my car the radio is locked and only the Renault logo appears. How do I unlock it?

I tried to update medianav (Duster Dynamic 2013) apparently there was conflict and the radio now does not turn on,Is a solution possible?

The radio and navigation system asks me for an authentication key I have a Renault Kwid. I need help please thank you. 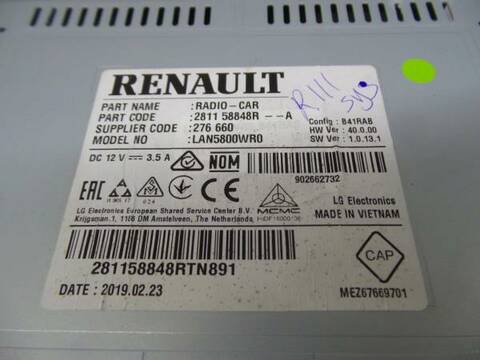 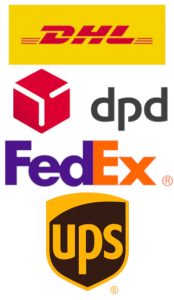 We work with the best transport agencies. The shipment of your equipment will travel assured and without risk. 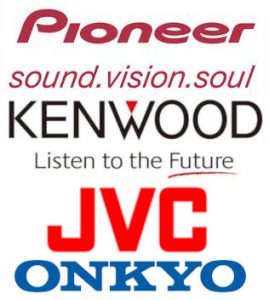